skip to main | skip to sidebar

Happy New Year to all of you.
We have some resolutions for 2016 :-)
We are planning to show Fehed a few times in the Netherlands and Germany, and we will pick up the racetrack and coursing training again.
Esed will be lord and master over the couch, Fehed and Eric and me.
A few visits to friends and family (people and canine) are being planned.
Some other interesting news will be released once it is possible!
And most of all we will enjoy our daily life with Esed and Fehed as the great azawakhs that they are! 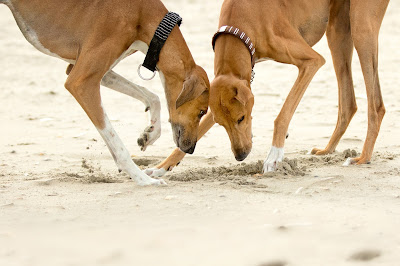 Picture by Nuelle Flipse, Foto Melle Fotografie
Posted by Penny at 14:05 No comments: 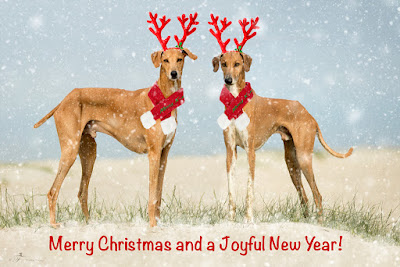 No words needed, just one picture..... 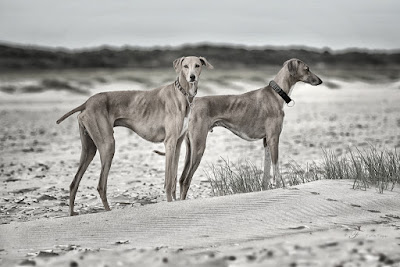 Made by Nuelle Flips, FotoMelle Fotografie

It has been a long time since we posted on the blog.... Social media is the fault of this as most of us post picture and the funny adventures of our azawakhs on Facebook, Instagram, Twitter etc.

A small recap about what happend in 2015 until today.

We visited Christiane in April in Berlin, we had a lovely time, did a show and Esed and Fehed played with the azawakh family.

In June we visited the Azawakh JAS, in Bermatingen, it was a great event, we met old and new friends, got the chance to meet some of Fehed his youngsters from both litters and had great weather (over 30 degrees Celsius).

We travelled further to Italy and had lovely holiday, we stayed in a great B&B with a swimming pool. Esed and Fehed loved it there too, they could run and play, lounge next to the pool and played with the dog of Franseca, the B&B owner. Before we went to Milano, we visited Alberto Rossi, from the Tigidit Kennel. It was a great experience. And we loved to see al the dogs together.

We finally traveled to Milano, where we participated at the World Dog Show. Well to our surprise, Fehed behaved super in the ring and became second in the Champion Class! We were thrilled.

Then we travelled back home again. A good 1050 km back home in 12 hours, and then a few lazy days at home before we had to work again.

In July we had a photoshoot on the beach, made by Nuelle from FotoMelle!

We did some more shows with Fehed, and Esed always accompanies him for moral support :-)

And since last week, we have a new car, an Espace, with more space in the back for Esed and Fehed and who knows who else.....

So that was it up to now. Enjoy the pictures :-)

Eric and I wish you all the best for 2015! May all your wishes come true! 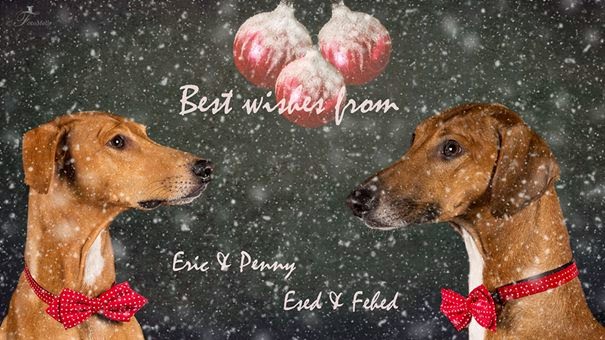 Happy 1ste Birthday to the J-Litter

Today the four lovely J's are one year old. As being the owners of the father of these puppies, all the hard work and credit goes to Gabriele Meissen for choosing our Fehed and raising the litter until the day the proud owners could take the little ones into their homes. From that day on also to the owners, all of them did a stunning job with raising them into the lovely azawakh youngsters that they are now.

A huge thank you to Anna-Klara Ousback with Jinaki, Tricia Churchill with Juffayar and Eleanor Campbell, Christine Hornbostel with Jattay and the Stohler family with Jakootah, for making us so proud.

Juffayar at the age of 10 months, picture made by Eleanor Campbell.

Jakootah at the age of 9,5 months, picture made by Gabriele Meissen.

Jinaki at the age of 8 months, picture made by Sanna Sander.

Jattay at the age of 11 months, picture made by Christine Hornbostel.

The puppies are now three (and a half) weeks old. Their eyes are open and now they have started exploringtheir world. It is wonderful to see them together with Zulu, the cat, and with the other dogs in the house.

Some pictures..... my heart melts each time I see them.

Penny
We are Penny & Eric Karaspilios—Franssens and we live in Deurne near Antwerp in Belgium. As a child I’ve always had dogs and mostly sighthounds. In 2000 at last we had our own sigthound, Zino, a cross galgo from Spain. A few years later we took Chivas out of a dogshome near us. Chivas was a cross azawakh-greyhound and thanks to him we fell in love with this beautiful but very special breed the “Azawakh”. Sadly Chivas past away just two weeks before Esed arrived in Belgium.